So, what’s your Story?

And what is your story?

This is one of my most favorite questions to ask people. Not only is it an open-ended question, but it more often than not gets the person to really tell me something that isn’t just surface level fluff.

So often we may get bogged down with trying to keep up and maintain every single thing that is associated with being an independent artist that we forget in integral aspect to our real reason for pursuing our passion… to create & connect. In the midst of posting to IG, livestreaming on YouTube, taking pictures of yourself being creative, making some poll on Twitter to generate engagement, and on and on and on – you forget that the main thing folks want from you is just you. But again, we’re all so busy trying to make sure all the plates are spinning that we forget the small detail of not having enough hands to spin all the plates with.

Your fans want to know what’s your story. Meaning, what makes you do what you do? Have you ever had your soul beat up by an unforeseen event? Why do you have that lisp and how have you made it not be a hurdle in pursuing your artistry, or do you still consider it a hurdle? These are some of the things that people actually want from an artist, not just another foodie picture on IG (unless of course you are a foodie in which case having lots of food-related pictures is part of your story).

If I for example mention that one of the reasons I make beats like this one is because I went to private school as a child and was exposed to a lot of liturgical music, then it would start to add to my ‘narrative’ as far as what comprises some of my influences as a beatmaker/producer. That little extra detail alone now begins to add another shade to the mosaic that comprises Duplicuts. Now other connections can begin to unfold based on that one detail and you can see how it’ll lead to other things and perhaps even further exploration.

So while I’m not saying don’t post your foodie pics, just remember that your fans want to know your story over everything else. 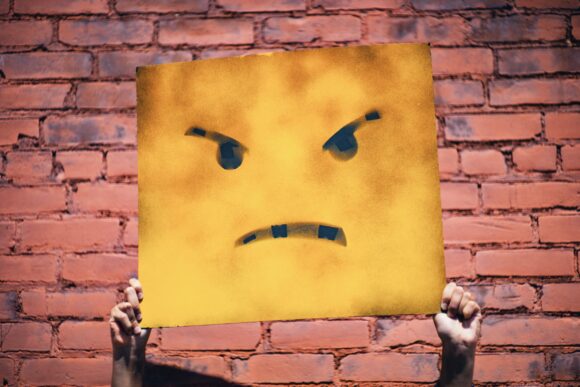 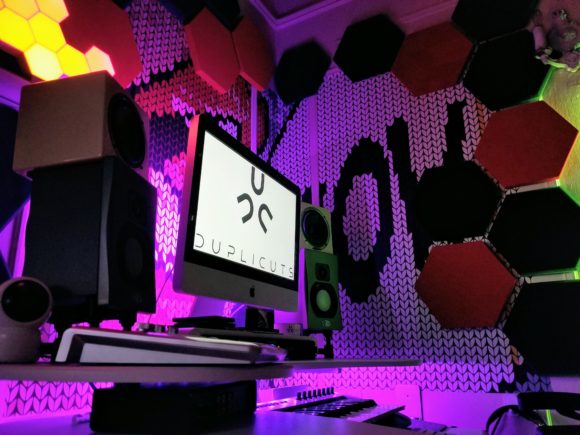 I tend to look at things just a little bit differently. Perhaps not in a sense that’s considered radical or anything, but just differently enough that it would place me in the overall ‘odd’ or ‘askew’ category in life. It never really bothered me because I didn’t even see it as something of an issue quite honestly. But looking back, it’s probably one of the the reasons why things like skateboarding, Hip-hop culture, and so many other things appealed to my senses. Things that sprung out of an ethos of ‘doing-things-MY-way’. In Hip-hop culture, it wasn’t the norm to put the needle on the record and walk away from it. It was the norm the put the needle on the record and manipulate the record in ways never before imagined. We took a regular run-of-the-mill spray can that no one gave a second thought to, and made sheer art. Skateboarding took a handrail, made to assist you in descending/climbing staircases, and said “nah, this is how were going to utilize this” and proceeded to create their own art & artists.

So whether it’s putting together an unusal outfit for yourself or making a beat like this with odd Gregorian chants, keep that creative spark about yourself because once a creative, always a creative. 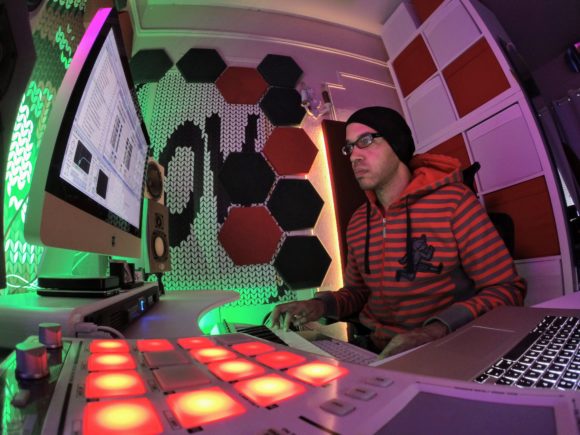 This is a brief post going out to all the dancers/rappers/singer-songwriters who have downloaded any of my beats in the past… let’s collab!

You’ve already downloaded a beat or two from me which I am super thankful for, but it doesn’t have to stop there right? Need a version of a beat without the bassline on that hook? What about a dancehall version of this Hip hop beat you got last month? Let’s get to work and keep the energy goin’! This is not just about music, it’s about creating an environment and a community of artists thriving for the highest resolution art possible.

So if you’re down to forge phenomenal art and moments – HIT ME UP and lets WORK! 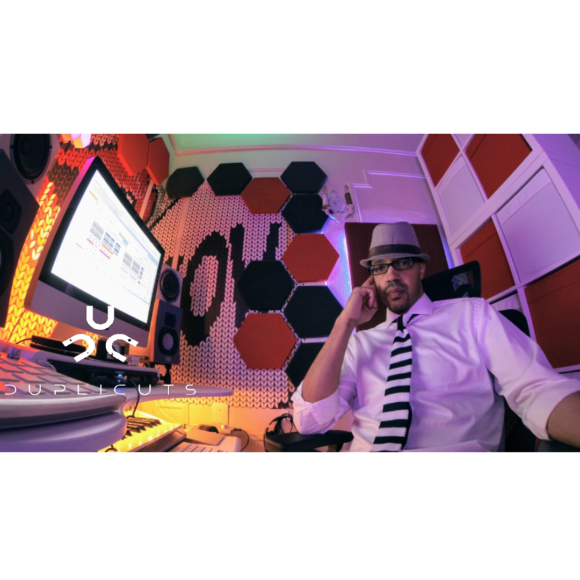 Creatives: The arts, creativity, and Coronavirus | Covid-19, the Next Normal 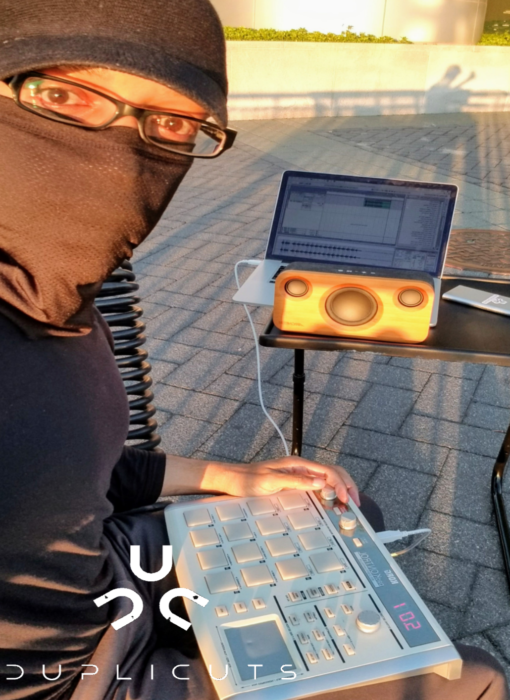 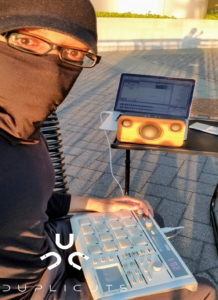 Unless you’re very familiar with the location of the image above, you wouldn’t know that I’m about 4 feet away from the water, by The Hudson River which lies between New Jersey & New York City. So you may ask why? Why would I have my mobile set-up out in the elements when I could easily be tucked away in my home studio… well, why not.

One of the things that has been crystallized for me even more so during this pandemic lockdown is embracing the ability to turn “shit into sugar”. As a creative, and especially as a Hip-hop beatmaker, my attention is always tuned into taking what is in front of me (a music sample for instance) and bending it to my will. As opposed to letting my surroundings fully impose its will onto me. That particular mindset has proven beneficial in these times when the world has imposed its will on ALL of us. So now, this current situation we’re all in together will either bring out the best in some of us because we’ve decided to adapt and morph into the version of ourselves that is best suited to deal with our environments. Or, this current situation will break some of us because we’re so unaccustomed to bending that when faced with challenging circumstances, we don’t bend but instead break.

So with the daily extra dose of time on my hands I’ve delved into musically exploring places I had always wanted to but argued I didn’t have the time for (as evidenced below by one of my recent instrumental songs that falls under the “Cinematic/Epic” genre), taking way more longer walks than usual, and yes, making beats by the water…

So until the day comes where we “return to normal”, I’ll be over here turning s**t into sugar.

What goes into my workflow when I make music? Well that mostly depends on what day of the week it is, time of day/night, etc. I generally stick to the same output process, although it can vary:

Now this schedule is something that’s a framework with some wiggle room as sometimes things will come unexpectedly (and you have to come to terms with the fact that things DO and WILL come up unexpectedly), but overall it’s a schedule that seems to work for me. And the main thing is that come Monday, I already know what I have to do. Even if I wake up and I’m not “in the mood”, in those moments I treat this like a professional and just do the work. Whereas if I just do whatever it is whenever I feel like it, I would meander to & fro and at the end of the day have nothing or very little to show for my efforts.

May your skies be blue, and your beats be DIRRRRRTY! 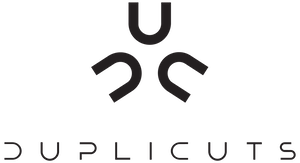